Bladder Cancer Takes a Toll on Mental Health. Here’s How to Cope

Mac Howard has gone the past 16 years without experiencing a recurrence of bladder cancer, but he never completely feels free. Every time the 58-year-old Indiana native marks another anniversary of his diagnosis, he still checks his pee for any signs of blood, and his gut twists with terror.

It’s constantly on my thoughts, he claims. “At times, the anxiety has been crippling, and I know that has had an impact on my wife and my three children. Since bladder cancer has a high recurrence rate, maintaining my health this long doesn’t feel like a victory—rather, it feels more like suspense. Will this be the month that it returns? 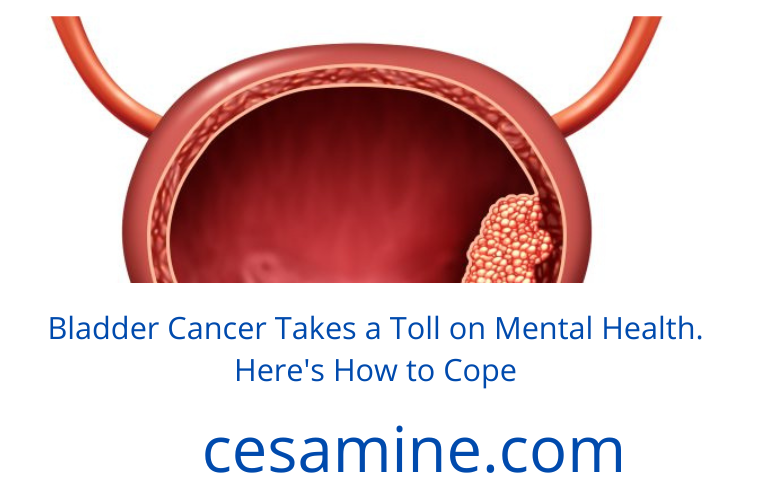 The American Cancer Society predicts that more than 81,000 new cases of bladder cancer will be identified in 2022, with a five-year recurrence rate of 50% to 70%.

In a 2020 poll of just under 600 bladder cancer patients, performed by the online patient group Health Union, 18% of participants reported having sadness, and 16% had anxiety. 60% of those surveyed claimed to worry about their cancer coming back, and 23% admitted to looking up “mental health and bladder cancer” online. Only around 38% of cancer patients said they felt emotionally supported during the disease.

According to Dr. Shawn Dason, a urologic surgeon at The Ohio State University Comprehensive Cancer Center, bladder cancer can be extremely stressful since patients frequently deal with changes in body function, occasionally changes in body image, as well as potential changes in sexual health. It can all feel overwhelming. “There may also be changes in sleep quality or a need to stop smoking because smoking is highly associated with bladder cancer.”

No matter where you may be on your cancer journey, there are a few tactics that can be helpful.

Aim to control what you can

Dealing with a bladder cancer diagnosis is difficult enough, but patients frequently have additional health issues, such as a secondary malignancy, which can make them feel helpless.

In the Health Union poll, 30% of participants had received a cancer diagnosis either before or after being told they had bladder cancer. In addition, 87% mentioned various medical issues such arthritis, high blood pressure, and high cholesterol.

Rebecca Capizzi, 52, of New Jersey, who was previously diagnosed with ovarian, thyroid, and breast cancer before being given the diagnosis of bladder cancer in October 2020, says having a secondary illness in particular may make it seem like bad news is always just around the corner.

She explains, “It’s difficult not to constantly be in a fight-or-flight mode, especially when I have examinations coming up.” “Just thinking about what comes next fills me with dread. Even though I’ve already through numerous surgeries and rounds of chemotherapy, it still seems like this will never end for me.

Capizzi has concentrated on finding exercise, particularly walking, since it gives her a greater sense of control over her body and mind. She takes quick walks since they improve her mental health so significantly, even while she is receiving active treatment and can only engage in modest physical exercise.

According to Capizzi, “being active is a great stress reliever for me.” “I know I can move my body and that helps when everything feels like it’s too much.”

A clinical psychologist at Lenox Hill Hospital in New York, New York, Naomi Torres-Mackie, says it’s crucial to comprehend how upsetting a cancer diagnosis may be. She claims that “sick” and “weak” can frequently be confused, and bladder-cancer therapies may exacerbate this experience. According to Torres-Mackie, increasing exercise may help people develop the physical and emotional fortitude required for treatment.