Research on the connection between oral bacteria and illnesses

Researchers at Sweden’s Karolinska Institutet have identified the germs that cause serious mouth infections most commonly. Since there haven’t been many studies of this kind, the team is hoping that this one may help clarify how oral bacteria and other disorders are related. The study’s findings were published in Microbiology Spectrum.

There are clear links between dental health and common diseases like diabetes, cancer, cardiovascular disease, and Alzheimer’s disease, according to earlier study. However, there haven’t been many long-term studies to identify the precise bacteria present in diseased oral- and maxillofacial regions. 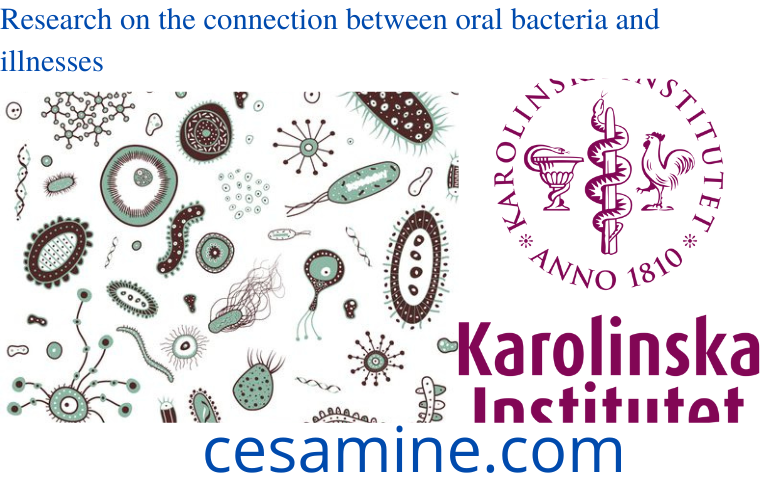 Researchers from the Karolinska Institutet in Sweden analysed samples taken from patients with severe oral infections between 2010 and 2020 at the Karolinska University Hospital in Sweden to identify the most common bacteria.

Professor Sallberg Chen of the Department of Dental Medicine at Karolinska Institutet states, “We are presenting here, for the first time, the microbiological composition of bacterial infections from samples collected over a ten-year period in Stockholm County. “The findings indicate that a number of bacterial infections linked to systemic disorders are persistent in Stockholm, with some even increasing during the previous ten years.

Professor Sallberg Chen states that “our data offer new insight into the diversity and incidence of dangerous bacteria in oral infections.” The discovery is crucial for dental treatment, but it also sheds light on how oral infections affect people who have underlying disorders. It’s quite possible that a particular bacterium can hurt tissues elsewhere in the body as the infection spreads if it infects and damages oral tissues.

The study team has demonstrated in the past how the presence of oral bacteria in the pancreas correlates with the severity of pancreatic tumours.

A mass-spectrometric technique called MALDI-TOF, which quickly identifies individual living bacteria in a sample but is rarely employed in dental care, was utilised in the study to collect 1,014 samples from as many patients, of whom 469 were women and 545 were men.

Volkan Ozenci from the Department of Laboratory Medicine at the Karolinska Institutet says, “Our study was a single centre epidemiological study, and to confirm the validity of the results we need to make more and larger investigations.” Now that we know more about the bacteria that cause dental infections, we expect that dentists will work more closely with clinical microbiology laboratories to enhance oral infection diagnosis and treatment.