Rise in Type 2 diabetes among youth over last 30 years: Research

The risk of major consequences from type 2 diabetes, such as heart disease, visual loss, and mortality, is raised in persons who are middle-aged or older.

According to a recent review of information from more than 200 nations and regions, type 2 diabetes among teenagers and young people worldwide increased significantly between 1990 and 2019.

The results of the investigation were released in The BMJ

The results demonstrate that women under the age of 30 and nations with low-middle and middle socio demographic indices (a measure of social and economic development) were significantly affected, and that a high body mass index was the primary risk factor in all nations.The researchers contend that while weight control is crucial for lowering the incidence of type 2 diabetes, nations should adopt particular strategies to address this issue more successfully. 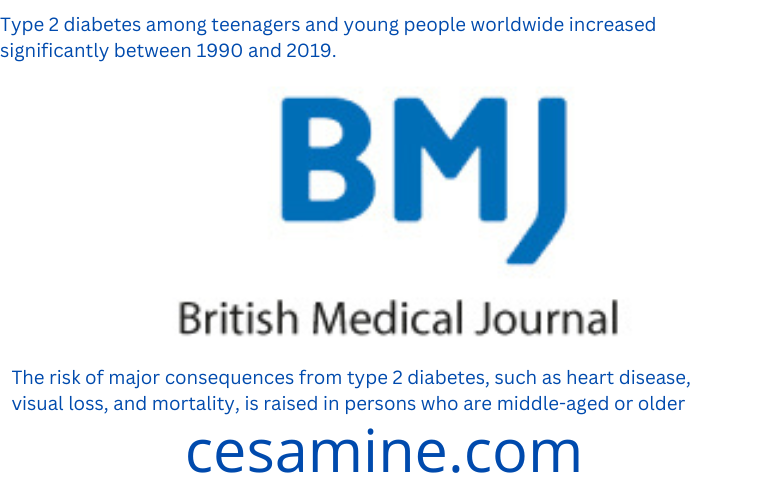 The risk of major consequences from type 2 diabetes, such as heart disease, visual loss, and mortality, is raised in persons who are middle-aged or older.

Data indicate that type 2 diabetes with early onset (diagnosed before the age of 40) is becoming more prevalent. However, no study has specifically discussed the prevalence of type 2 diabetes worldwide, the differences between the sexes, or the incidence in nations with various degrees of socioeconomic development.

There is still uncertainty regarding the risk factors for type 2 diabetes with early onset in various nations.

Researchers estimated new cases (incidence), deaths, and disability adjusted life years (DALYs) – a combined measure of quantity and quality of life – due to type 2 diabetes in teenagers and young adults (aged 15-39 years) from 204 countries and territories between 1990 and 2019 to close these knowledge gaps.

Additionally, they looked at the fraction of DALYs attributed to various risk variables. Data were evaluated according to age, sex, and sociodemographic index.

When it came to mortality and disability-adjusted life years (DALY) rates, women typically outperformed males at younger ages, but as people got older, the roles were frequently reversed, with the exception of nations with low sociodemographic indices.

High body mass index by sociodemographic index was the primary contributing risk factor for DALY for early onset diabetes”>type 2 diabetes in all regions.

However, the contribution of other risk factors varied across regions, with higher proportions of ambient particulate air pollution (12% v 7%), smoking (13% v 4%), and household air pollution from solid fuels (17% v 0.07%) in countries with a high sociodemographic index and higher proportions of a diet low in fruit (9% v 6%) in countries with a low sociodemographic index.

The researchers draw attention to some study restrictions, including variations in the classification of type 2 diabetes and a significant likelihood of underdiagnosis in many nations. Additionally, even though numerous methods were employed to lessen bias and inaccuracies in the data, bias cannot be completely eliminated.

However, they note that based on the Global Burden of Disease Study 2019, they thoroughly assessed the global, regional, and national temporal patterns for type 2 diabetes and the accompanying contributions of risk variables.