The underlying cause of type 1 diabetes is still unknown. Currently, it is believed that the immune system, which normally assaults hazardous viruses and bacteria, fights and kills pancreatic cells that produce insulin. This will result in the body having little or no insulin. Instead of entering the cells, glucose builds up in the bloodstream.

Type 1 diabetes is considered to be caused by a mix of genetic vulnerability and environmental variables, however many of these factors remain unexplained.

In pre-diabetes (which typically progresses to type 2 diabetes) and type 2 diabetes, the body’s cells develop resistance to the action of insulin, and the pancreas is unable to generate enough insulin to overcome this resistance. Instead of entering cells to be utilised as an energy source, glucose accumulates in the circulation. 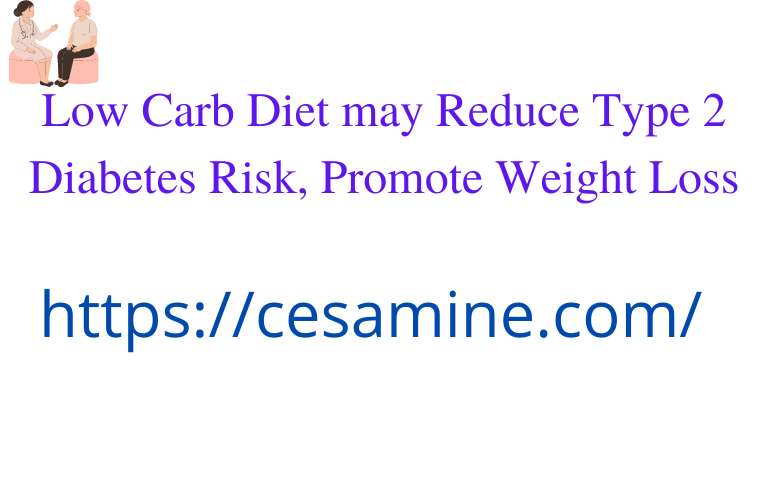 The placenta synthesises pregnancy-required hormones. These hormones increase the insulin resistance of your cells. In normal circumstances, the pancreas overcomes this resistance by manufacturing abundant amounts of insulin. However, there are situations when the pancreas is unable to do so. When this happens, very little sugar enters the cells and a great deal remains in the blood, resulting in gestational diabetes.

The Relationship Between Diet and Diabetes

One of the first stages in choosing healthy eating choices is gaining an understanding of how different types and quantities of food affect blood glucose levels.
• Foods that are high in fat slow down the digestive process. This could rapidly reduce post-meal blood glucose levels. Choose healthy fats and limit high-fat foods to reduce your risk of developing cardiovascular diseases, which are key health concerns for people with type 2 diabetes.

• Protein normally has a negligible effect on blood glucose levels. The primary sources of protein include legumes, nuts, and animal products. Your body requires protein in order to function properly.
• Foods containing carbohydrates have the biggest effect on blood glucose levels. Carbohydrates are most prevalent in starchy foods including pasta, rice, corn, potatoes, cereals, and bread. Additionally, they can be obtained from sweets, yoghurt, milk, and fruit. Since many healthful foods contain carbohydrates, it is essential to consume adequate amounts of this macronutrient.

How to Monitor Your Carbohydrate Intake

Consuming less can assist reduce your post-meal blood glucose levels and, ultimately, your weight. Consult a qualified nutritionist to determine the amount of carbohydrates you must ingest at each meal.

You can estimate your carbohydrate intake using the “hand estimation technique”:
• 1 tablespoon – approximately the size of your little finger • 1/2 cup – approximately the size of your palm
• 1 cup – around the size of a fist
The “rank your plate technique” is another easy method for ensuring that you consume a range of nutritious foods at each meal. When you sit down for a meal, draw an imaginary line through the centre of your plate. Create a line to divide a section into two sections.

Although this strategy can help you get started, you may need to measure the carbohydrate content of your meal to ensure that your insulin levels and physical activity are optimal:
• Approximately 14 percent of your plate should be filled with starchy foods or grains, such as peas, maize, potatoes, pasta, and rice. • The remaining quarter of your plate should be filled with protein-rich meals, such as tofu, poultry, fish, and meat. Fill the remaining half of your plate with non-starchy vegetables such as cauliflower, tomatoes, salad, cucumbers, carrots, and broccoli. Finish with a piece of fruit and a glass of nonfat milk.

The best meal options for the entire family are also the best food options for those facing diabetes.
Here are some suggestions for creating healthier food choices for your family:
Note your carbohydrate consumption. Keeping track of your carbohydrate intake might help you make healthier eating choices. Additionally, when you make an effort to learn more about what you are consuming, you remind yourself that you are doing something useful. A written diary provides a wealth of information regarding your food habits, potions, and places where you may make adjustments.
• Utilize current technologies to keep track of –

If you own a smartphone, you can download one of a number of free applications that make carb counting on the fly much simpler. You can also use online sites to learn more about the carbohydrate content of vegetables, fruits, and other dietary items (especially those without a nutrition label).

Instead of strawberry ice cream, consider adding nonfat or low-fat whipped topping to sliced fresh strawberries.
Carb counting for a balanced low-carb diabetes diet does not necessitate the elimination of your favourite foods. Simply put, you must monitor your carbohydrate intake and select low-carbohydrate alternatives to make your favourite foods more diabetes-friendly.

A person with prediabetes has A1C readings between 5.7 and less than 6.5%, according to the American Diabetes Foundation. Higher A1C values may indicate diabetes.

Dr. Dorans noted that patients in the study had haemoglobin A1C levels ranging from 6.0 to 6.9%.

“This range chosen as the lower bound fits with the World Health Organization’s Trusted Source lower cutoff threshold for prediabetes and the upper bound with less than the 7.0% American Diabetes Association haemoglobin A1C objective,” she explained.

At a New Orleans academic facility, 150 adults were recruited for the study. The 6-month study lasted from September 2018 until June 2021. Participants ranged in age from 40 to 70 years old and were separated into two groups.

The first group was instructed to limit their daily carbohydrate intake to fewer than 40 grammes for the first three months and less than 60 grammes from month three through the completion of the experiment.

Dr. Dorans and her research team discovered that the low carb group reduced A1C levels by 0.23% more than the regular diet group after 6 months.

Very low carb diets, such as the ketogenic diet, may induce a metabolic state known as ketosis, in which the body burns stored fats for energy instead of glucose.

However, ketosis is not usually associated with a low carb diet.

According to the study’s authors, “few subjects exhibited detectable urine ketones, implying ketosis was unlikely to account for the findings.”

Nonetheless, Dr. Samuel Klein, a professor of cell biology and physiology at Washington University School of Medicine in St. Louis who was not involved in the study, expressed worries about the study’s participants fulfilling their carbohydrate targets.

He told MNT that the data “shows that there is poor adherence to the diet.”

How a Low-Carbohydrate Diet Can Benefit Diabetic Patients

More and more research indicates that a low-carb diet is an effective alternative for diabetic individuals. According to scientific studies, low-carbohydrate diets not only enhance blood sugar levels and speed up weight loss, but they also improve heart health.

Low-carbohydrate diets can be readily incorporated into your lifestyle without needing you to reduce your consumption of fibre and veggies. In actuality, the shift towards reduced carbohydrate consumption is typically accompanied by an increase in vegetable consumption.

What constitutes a low-carb diet?

There are ongoing discussions on what constitutes a healthy minimum daily carbohydrate intake. Carbohydrates are regarded as one of the most influential factors on blood sugar levels. Numerous diabetics say that a low-carb diet helps them maintain their blood glucose level more effectively than any other form of diet, including those recommended by the National Health Service.

What does low carbohydrate mean?

By consuming fewer carbohydrates, you can reduce the rise in blood sugar levels following meals. What advantages does a low-carb diet have? Following a low-carbohydrate diet offers a variety of benefits, which might be particularly useful for diabetic patients. Below are a few of the reasons why low-carb diets have grown increasingly popular among a substantial number of diabetic patients:

According to a 2007 study, a low-carbohydrate diet (among obese premenopausal women) resulted in lower triglycerides and blood pressure for more than a year.

This is in contrast to other types of diets with greater carbohydrate intakes. Lower levels of triglycerides and blood pressure are associated with improved heart health. Cancer and insulin levels – elevated levels of insulin in the blood are associated with greater risks of developing malignancies and cardiovascular diseases; it also increases susceptibility to blood pressure issues. Experts believe that raised insulin levels promote an increase in the secretion of insulin-like growth factors, resulting in the accelerated development of cancer cells.

Reduced stress on the beta cells that produce insulin The majority of beta-cell specialists feel that the Western lifestyle, including nutrition, increases beta-cell stress in the pancreas. These cells become overloaded and therefore begin to malfunction.

Consuming a small amount of carbohydrates would reduce the amount of insulin required by the pancreas, so relieving its strain. It is claimed that this will aid in “conserving” the pancreas’ natural ability to produce insulin.

By adhering to a low-carb diet, you may simply maintain a balance between your food consumption and insulin production. You will therefore be able to prevent the lethargy-inducing consequences of high blood sugar. Despite the fact that some diabetic individuals are able to entirely avoid prescription medication (via dietary and lifestyle changes) immediately after being diagnosed, others are exploring for alternatives. If you belong to the latter group, the following benefits should be encouraging:

Reduced severity of hypoglycemia – if you are already taking medication and it has been adjusted to a low-carb diet, it is likely that your risk of getting severe cases of hypoglycemia has decreased. This effect can be especially beneficial for persons using insulin.
A low-carbohydrate diet reduces the demand for insulin after meals, thereby preventing rapid and severe drops in blood glucose levels.

By consuming fewer carbohydrates, you can reduce your body’s insulin demand, enabling you to reduce and, in some cases, discontinue the use of prescription medicines. Reducing dependency on medication can be particularly beneficial for those with type 2 diabetes. Ultimately, it reduces their exposure to any potential side effects of the medications.

Patients taking tablets and insulin should be aware that lowering their carbohydrate intake should be done with caution to avoid hypoglycemia (which can be very harmful). Prior to making dietary changes, you should seek your doctor’s advice on how to modify your medications effectively.

By adhering to a low-carb diet, you will reduce your daily calorie consumption. Some individuals may experience increased fatigue after beginning a low-carb diet, although this effect normally subsides after two weeks as the body adapts to the new diet. Once your body has properly adapted to the nutritional programme, the following benefits will follow:

Recent study indicates that a low-carb diet contributes to substantial enhancements in blood sugar control and a decreased risk of problems. By reducing hyperglycemia, acute symptoms (such as the urge to urinate frequently and sudden feelings of thirst) can be alleviated; and if appropriate diabetes management is maintained, the likelihood of developing disease-related complications can also be minimised.

In general, the more carbohydrates you eat, the higher your blood sugar levels will be. If your post-meal statistics are higher than intended, reducing the carbohydrate level of your meals can assist.

Do you count carbohydrates? This chapter contains low-carb diabetic recipes tailored to your needs. Whether you’re looking for low-carbohydrate dishes to try or culinary inspiration, you’ll find something here that will fit your diabetic diet and satisfy your taste buds.